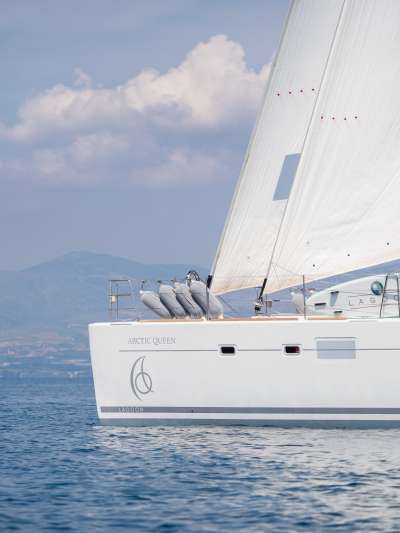 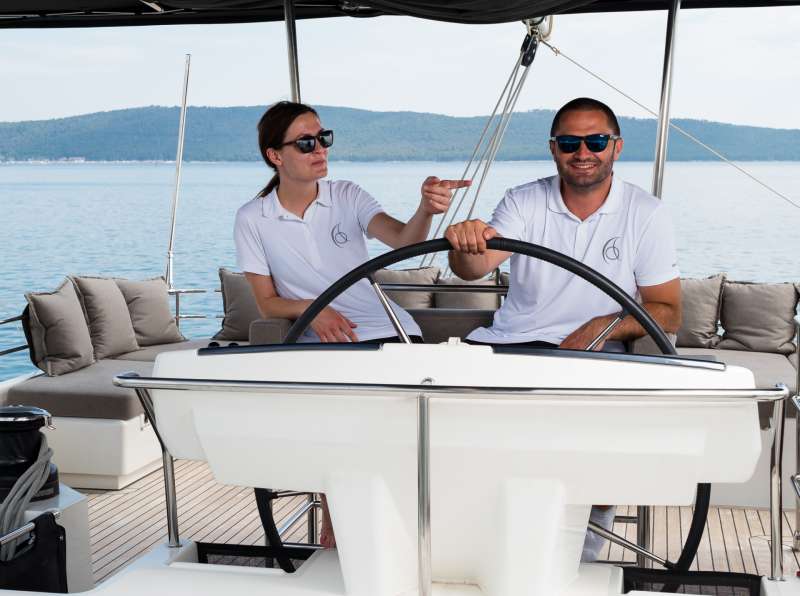 Crew Profiles:
Captain
Tomislav Cirjak, born 1983 in Zagreb, Croatia, has been on the sea most of his life. It started with fun fishing with the family as a little boy, then recreational sailing at first which turned into a passion and later a job.
He completed his Yacht Master 100 BT licence in Zagreb, as well as D2 Basic Safety and GMDSS license. Tomislav graduated at the University of Kinesiology (human movement) exercise & sports sciences in Zagreb, where he majored in Sailing. He ha been working as a skipper from 2009. As a highly trained and experienced yachtsman, Tomislav has always been winning high plaudits from his clients for his friendly character, his calm attitude to problem-solving and his commitment to putting his clients’ interests first.Tomislav is fluent in English, Advanced SCUBA diver & skiing instructor.
This is a competent captain, approachable at all time, and will be as discrete or engaged as you wish him to be. Tomislav's hobbies include fishing, underwater fishing & photography.
Tomislavs favorite places on Adriatic Coats are Korcula & Bisevo Bay.


Hostess/Chef
Verana Radanovic (age 29) was born and raised in Zagreb, Croatia, but has spent most of her adult life travelling. She has visited Portugal, UK, Belgium, Austria, Spain, neighbouring Slovenia often, Hungary, Bosnia and Herzegovina, Serbia, Italy, USA (California & Los Vegas); and for the last year and a half lived and worked in Canada.
Vedrana always loved to work in the people business, from film festivals through wedding organizations to jobs in gastronomy, where she has discovered her passion for cuisine. As a wine lover, Vedrana has completed the third level of WSET London School, which is recognized in 70 countries worldwide.
She is fluent in English & Spanish, loves bike riding, tennis, volleyball and piano playing.
Her favourite places on Adriatic Coats are Lastovo, Vis & Blue Cave on Bisevo always takes her breath away.Vedrana's mission is making your holiday on Arctic Queen the best you ever had - a truly royal experience. 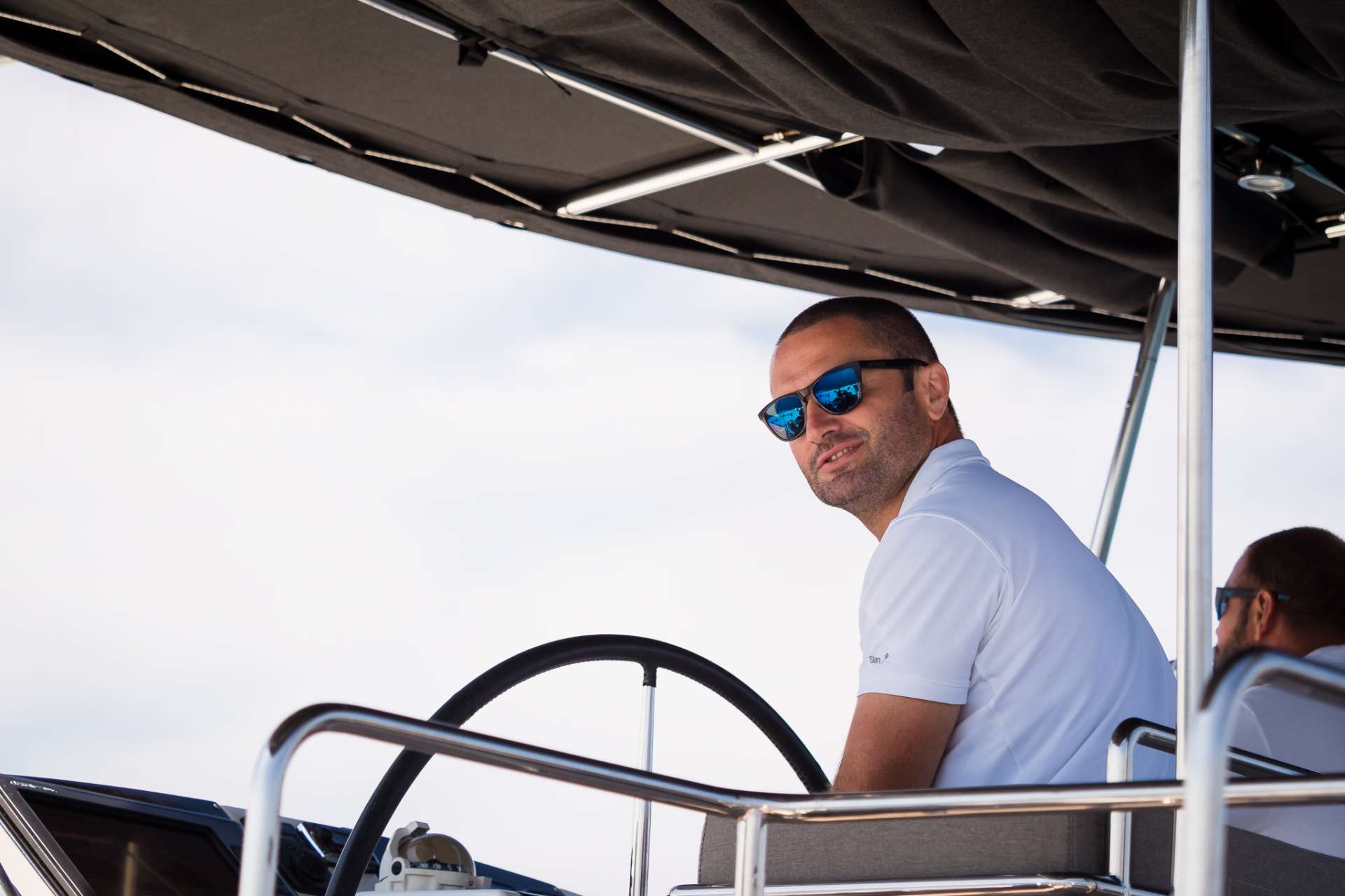 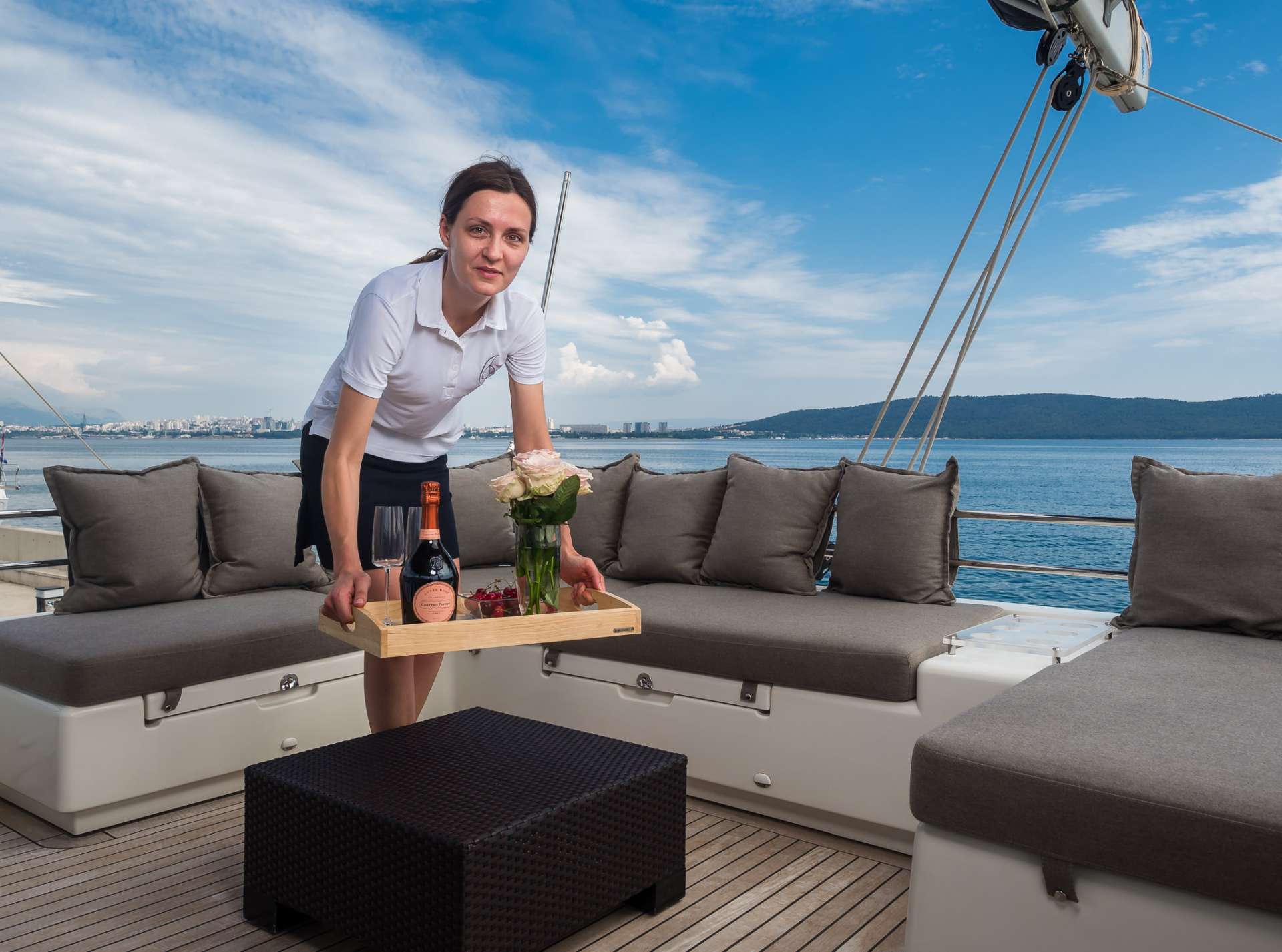